It was a memorable Sunday for the concertgoers at Kigali Serena Hotel as Serge Iyamuremye launched his third album, Biramvura.

Despite the stormy weather on Sunday evening, gospel enthusiasts have in huge turned up for the extraordinary show organised by Serge Iyamuremye.

Dubbed One Spirit, the show which started some minutes later to the expected time attracted thousands of people despite the downpour.

The performances showed the progress of gospel industry in Rwanda.

The concert was also graced by other local renowned artistes including Israel Mbonyi and Aime Uwimana among others. 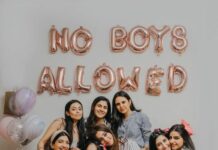 The Bible should be your Bridal Shower

ABOUT US
The Gospel Time Rwanda serves as a platform designed to inform, educate and entertain the local and global community through gospel related news stories under its vision to expand the Kingdom of God. Address: Kigali-Rwanda Gasabo District Remera sector Contact :( +250) 782251757, 788706672
Contact us: gospeltime757@gmail.com
FOLLOW US
© Copyright 2017 - Newspaper WordPress Web-designed by Anders, managed by Festus Theme by TagDiv